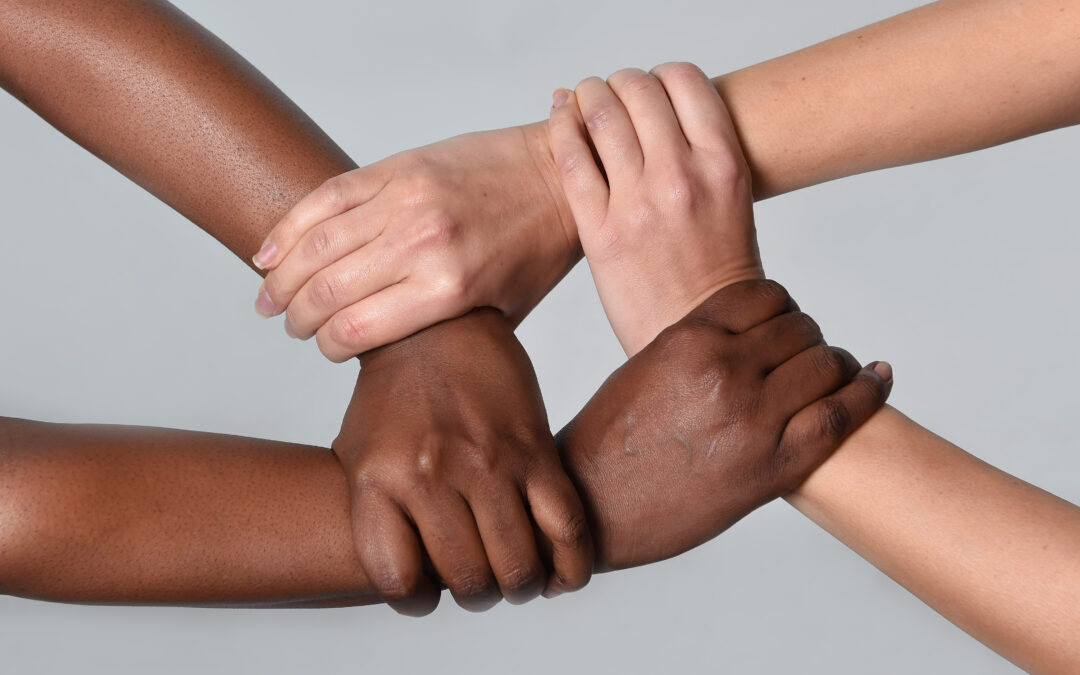 On a cold January day a few weeks ago, my heart sank as I watched a group of my fellow Americans, holding Confederate flags and racist signs, storm the Capitol. Even though the participants had long telegraphed their intentions, the putridness of the images and videos from the insurrection managed to shock me. As with the killings of George Floyd and Breonna Taylor last year, the forces of hate that undergird so much of American society were on full display.

As a White American, I had the privilege to be shocked, whereas discrimination and racially based violence are a daily reality for Black Americans. Still, there are moments of inflection that rip away the veneer of civility that permits our country to pretend to be something other than what we are. The events of January 6th were one such crucible moment. The insurrectionists had a message to tell America about who they believe deserve to be treated equally and who they believe do not; we cannot pretend that we did not hear them.

The currents in our society that produced the January 6th insurrection did not begin that day. The people who stormed the Capitol had spent their lives drinking deeply at the trough of a national narrative that told them that power is only legitimate if it is used to reinforce systems of racial oppression. This does not absolve them from responsibility for their actions. It does help us have a context for why they did what they did. Such information can – if acted upon – lead to change.

We ask ourselves, what are Americans – specifically White Americans – called to do to ensure that this crucible moment leads to positive change rather than a retreat to purposeful ignorance?

An obvious answer, one whose urgency is brought home with sickening regularity, is that we need antiracist leadership. For White Americans, sitting back and saying “I am going to avoid racist behaviors” is not enough. Being an antiracist leader means building, daily, a conscious awareness of the pervasiveness of racism and taking action to end racial inequities in our lives and in our institutions. It involves the recognition that racism is everyone’s problem, and that we can all play a part in breaking down the systems that support it.

The 400-year legacy of White supremacy in our country means that the patterns and systems of racist oppression against Black Americans are deeply embedded in our culture, to a degree that they consciously and unconsciously impact how White Americans think and act. While explicit forms of racism – Confederate flags, for example – are easy to see, antiracist leaders look beyond these obvious signifiers to examine hidden structural inequalities and actively work to overturn them. This is the true work of anti-racist leadership.

In his book Across That Bridge: Life Lessons and a Vision for Change, Congressman John Lewis writes, “…the true work of social transformation starts within. It begins inside your own heart and mind, because the battleground of human transformation is really, more than any other thing, the struggle within the human consciousness to believe and accept what is true, thus, to truly revolutionize our society, we must first revolutionize ourselves. We must be the change we seek if we are to effectively demand transformation from others.”

As a White American who is committed to learning to become an anti-racist leader, I must first understand my own Whiteness and the privilege and power that comes with it and then build upon this to recognize and uncover the systems that reinforce this same privilege and power.

For White Americans, antiracist leadership begins with recognizing one’s own internalized racism and biases, but it doesn’t end there. Antiracist leaders are called to do the work of ending overtly and covertly racist policies and systems in the organizations of which they are members. Institutional racism is found in policies and practices that benefit White Americans to the disadvantage of people of color. These systems are embedded in education, housing, employment, and – as has been seen clearly in the time of the COVID-19 pandemic – health care.

In his book How to Be an Antiracist, Dr. Ibrahim X. Kendi suggests that we start with one simple premise: “… believe in the possibility that we can strive to be antiracist from this day forward. Believe in the possibility that we can transform our society….” From such a small beginning, many things are possible if we work together to dismantle the structures that hold all of us back. The events of January 6th showed America the face of its past. It does not have to be the face of our future.

If you like this blog, check out my podcast for The Institute for Transformational Leadership on Antiracist Leadership by clicking here.